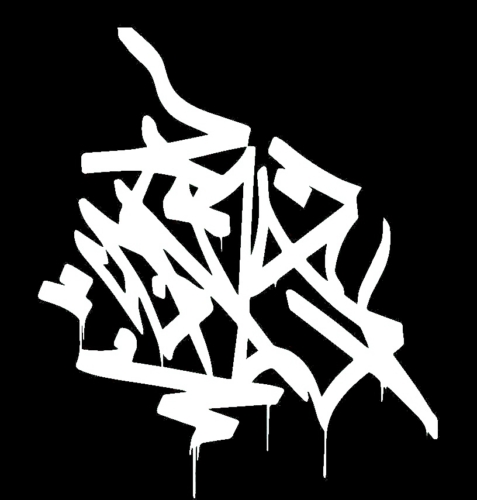 Mr Cenz has been scribbling on surfaces since 1988 when he first discovered hip-hop culture and graffiti art. He soon became obsessed with this new and exciting art form and after a few brushes with the law he decided to find ways of developing his skills legally. Since his first commissioned mural at 11yrs old he has continued progressing and experimenting with his art through college and University. This has led to a career as a professional graffiti artist with several solo shows and high profile commissions internationally.

His distinctive work can now be seen all over the streets and in the galleries of the world. His new work focuses on female faces, which he distorts in his trademark style. He works from portrait photographs to create unique interpretations of strong and spiritual women, which are abstracted in a spontaneous and freestyle way to create interesting and mysterious compositions. These futuristic and cosmic- fueled creations feature layers of intricate and flowing letterforms, shapes and line work all carefully crafted in an aesthetically pleasing way. They display an ethereal and translucent quality, which can take the viewer to another place and evoke a deep emotional response. He likes to keep his work very open to individual interpretation and it has been described as “a landscape of feelings” and “surrealist graffiti art for the soul”

He works hard to make sure each piece he creates is very individual and distinctive in its quality and has spent years mastering the art of the spray can. His style is full of funk and movement and fuses different skills together such as photorealism, illustration and graffiti letterforms. His influences range from the old school graffiti artists that inspired him as a kid such as Dondi and Mode 2 to abstract expressionist painters like Paul Klee and Joan Miro. This melting pot of influences and skills acquired over the years makes his work truly original and stand out from the rest. 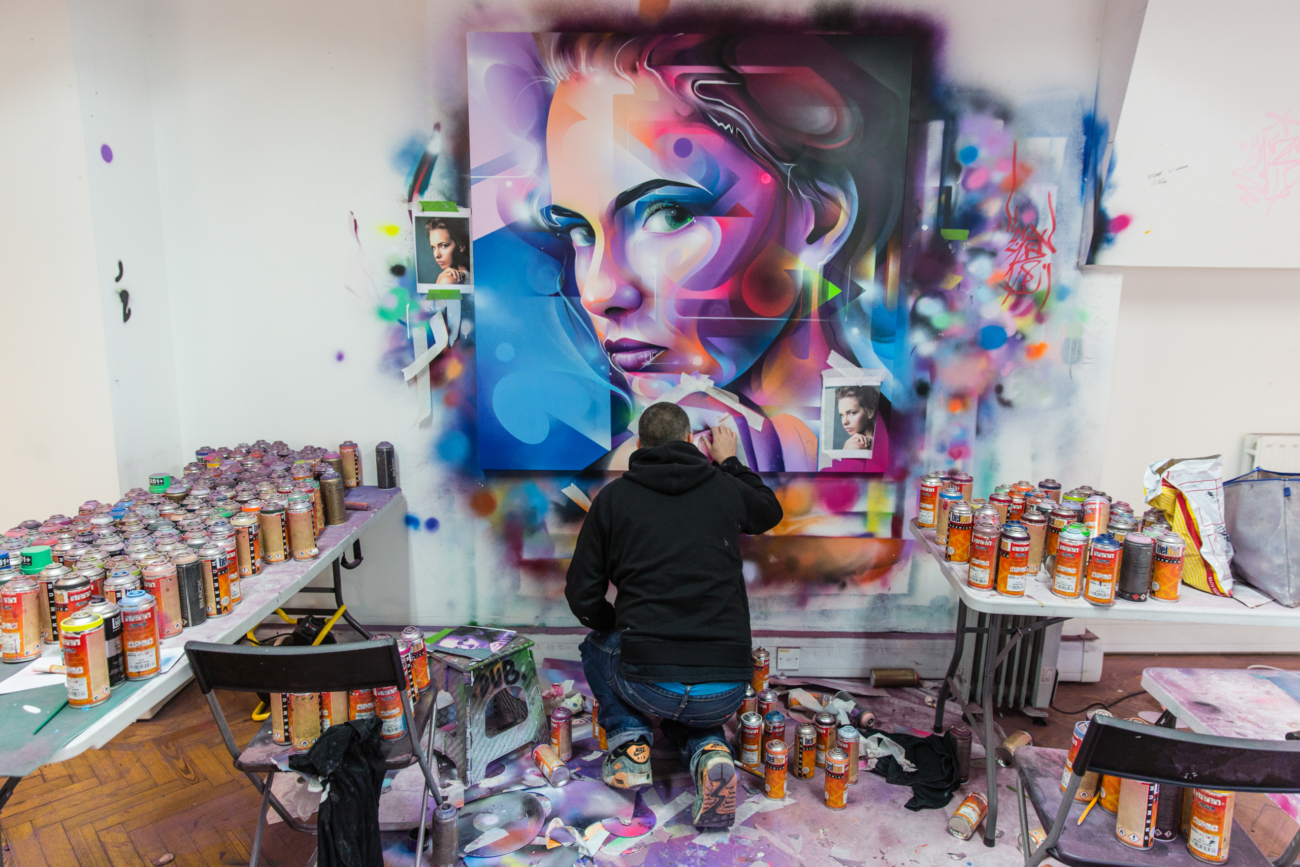 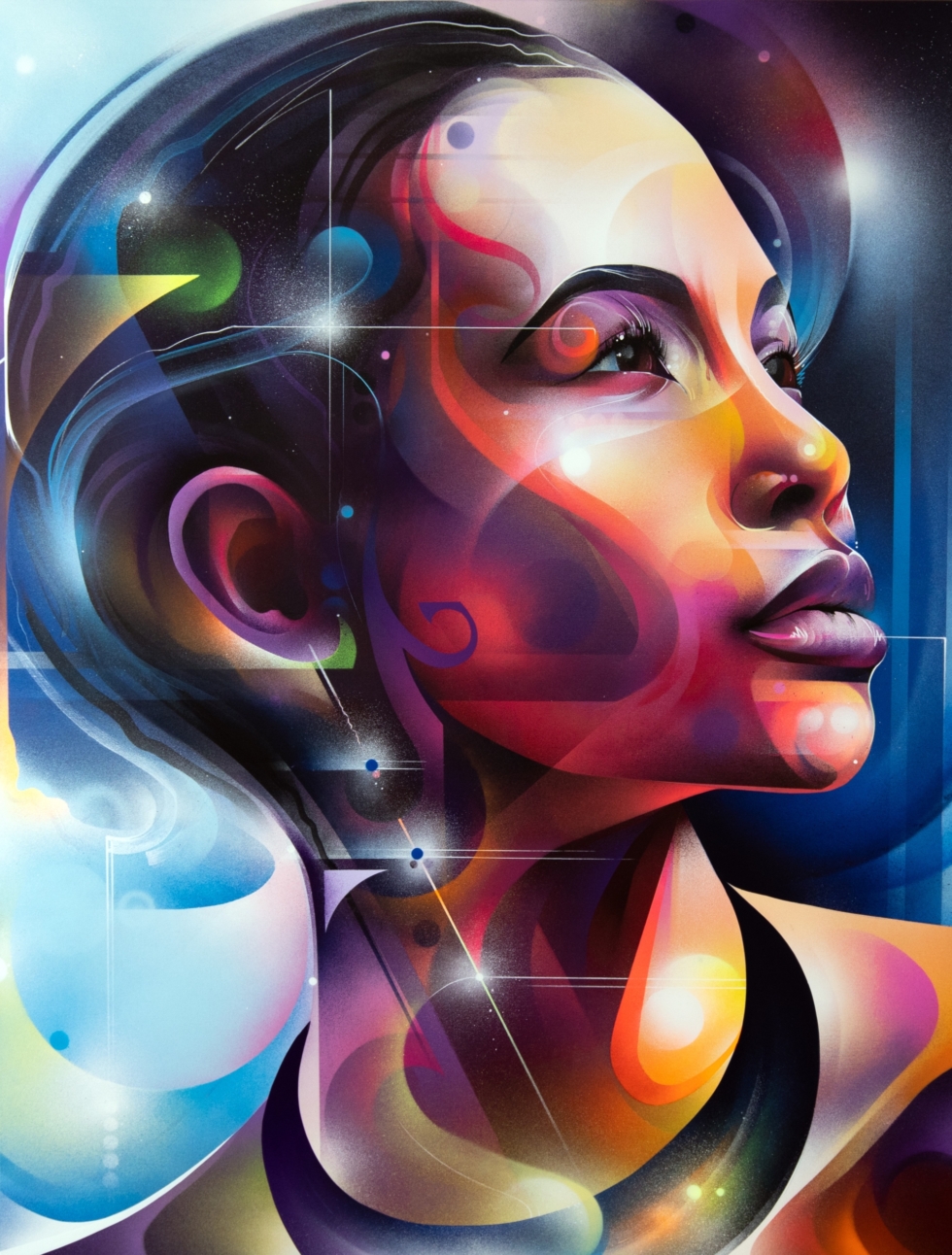 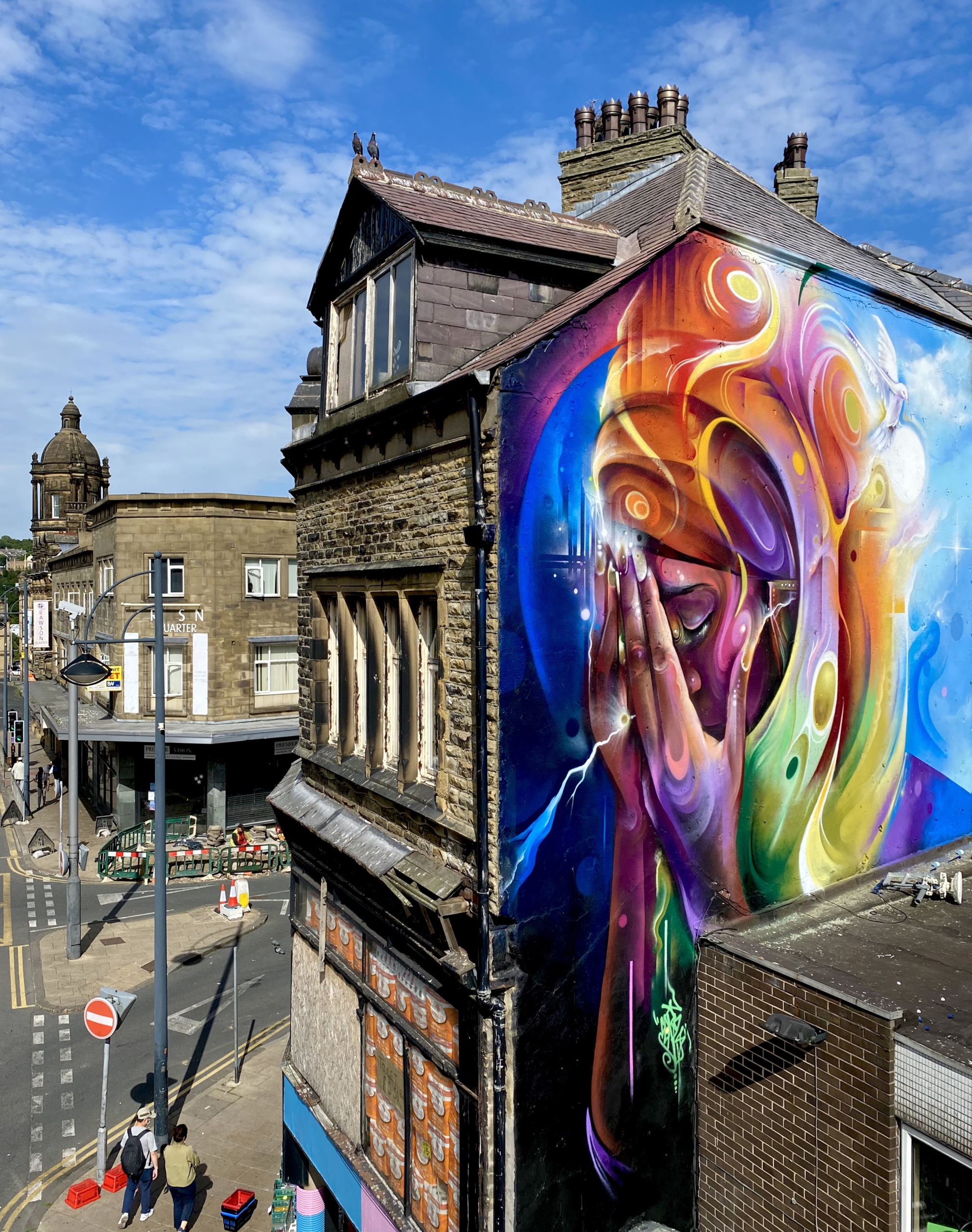 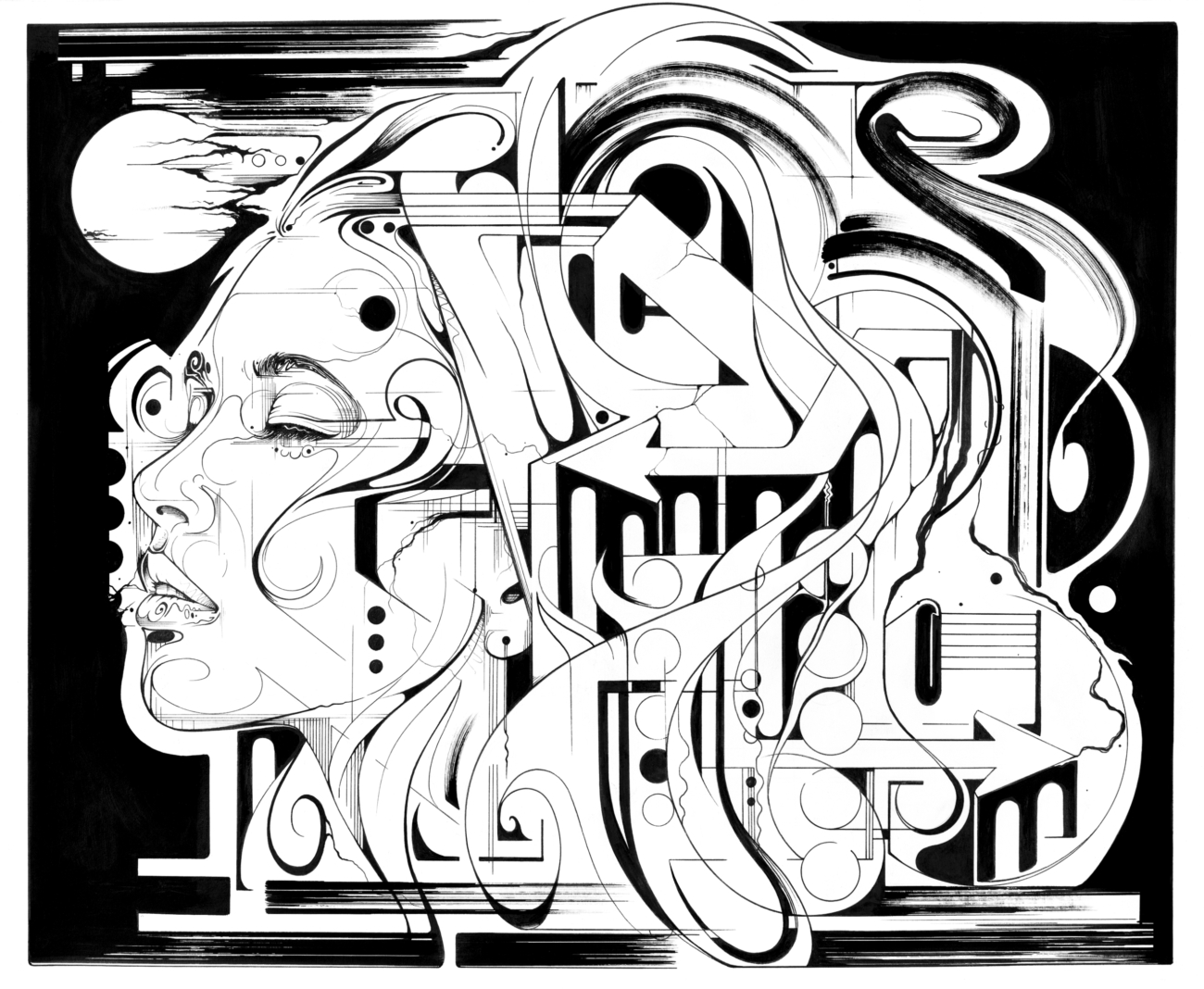